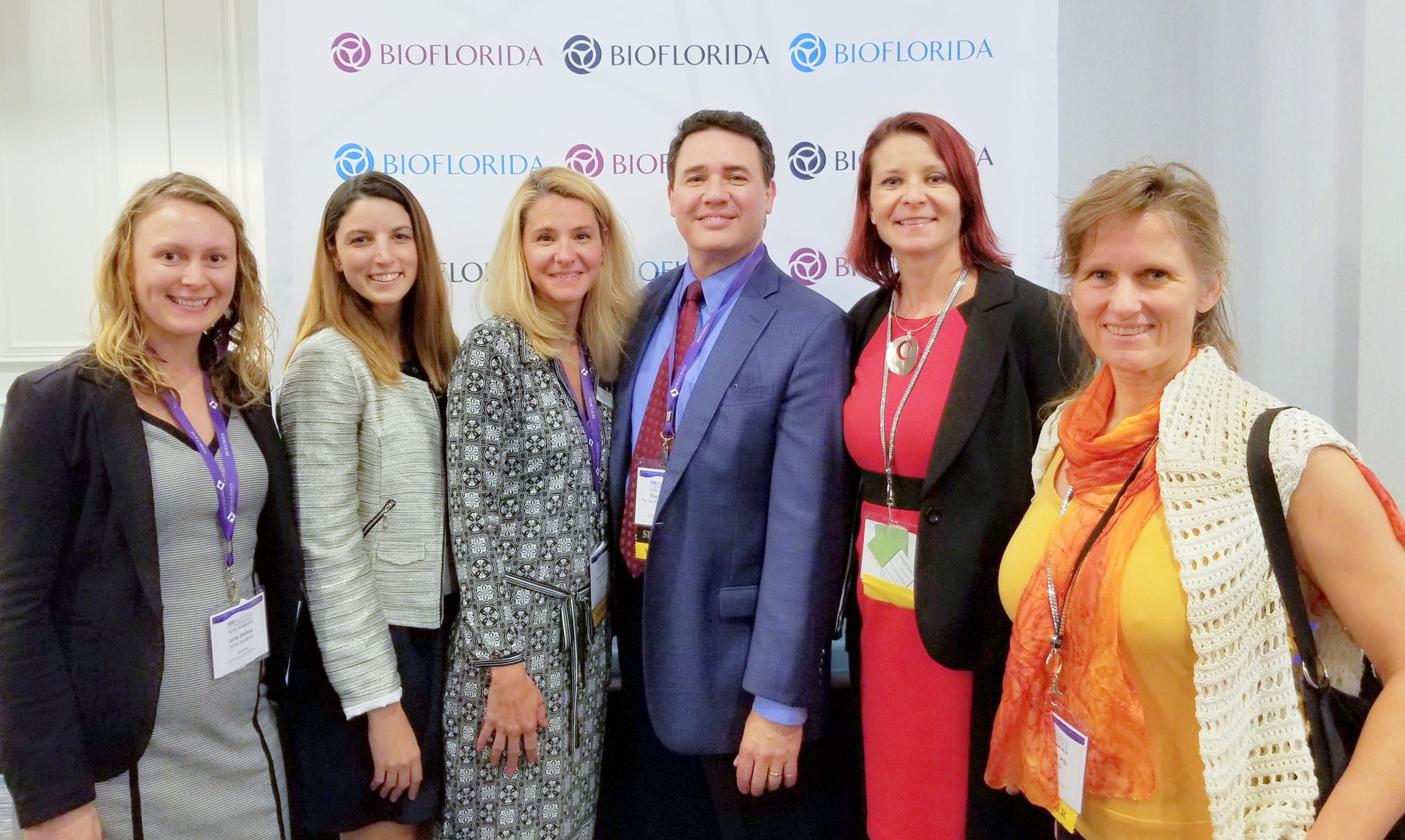 FAU Tech Runway® and the Business Development Board (BDB) represented Palm Beach County’s life science industry at the conference, along with a number of female-led life science startups.  Four companies from FAU Tech Runway®’s seventh class, known as “Venture Class 7,” included Deep Science, NeuroRad, Secret Sequence, and 20Lighter. All of these companies have three things in common; they are led by women, transforming the life science industry, and are located in Palm Beach County. In fact, two of those companies were actually a result of the Business Development Board introducing them to FAU Tech Runway®’s program, ultimately relocating to Palm Beach County to join “Venture Class 7”. 20Lighter, a telehealth company specializing in cutting edge health-related and quality of life outcomes, relocated their corporate headquarters from Wyoming to Boca Raton. Secret Sequence, a DNA sequencing company allowing one to obtain their DNA data anonymously, is a start-up that opened an office in Jupiter to participate in FAU Tech Runway’s new Jupiter programming.

Another female fueling the future of life sciences includes Jane Teague, winning the “BioFlorida Leadership Award”.  She was recognized for her leadership at the Institute for the Commercialization of Florida Technology, located in Boca Raton at the Research Park at Florida Atlantic University, which has had nearly $2 billion of economic impact on Florida.

This demonstrates the traction that Palm Beach County’s life science industry has gained, the power of local partnerships, and how the future of Palm Beach County will continue to transform into a biotech hotspot, as well as support startups that create world-changing technologies.