Boom! Miami-Fort Lauderdale metro area has already logged its best year on record for venture capital. The state of Florida is on track for a record year as well. 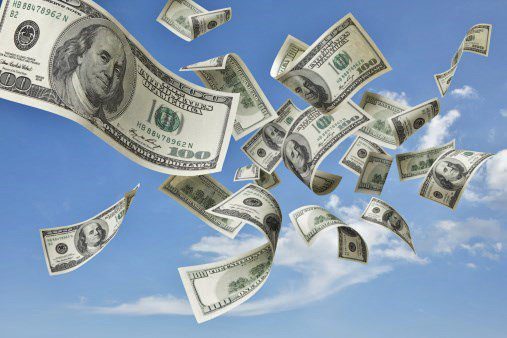 The third-quarter added at least $189.5 million across 24 deals to the total for the Miami metro area total VC, according to the PitchBook-NVCA Venture Monitor report for Q3 2019 released today.

This will bring Miami area’s venture capital total, through the third quarter, to $1.98 billion – this is largely thanks to the estimated $900 million round to Miami-based REEF Technology (formerly ParkJockey) completed in the second quarter, according to preliminary calculations for the quarter as part of my research for eMerge Insights.

And we still have a quarter to go.

The highest yearly VC total on record was for the year 2000, during the headiest days of the dot-com boom. That’s when the Miami-Fort Lauderdale metro area companies drew in $1.6 billion and the state as a whole drew $3 billion.

Who raised money in the third quarter? According to Pitchbook, the top deals in South Florida were:

A large deal for the state was Tampa’s ComplianceQuest, a developer of enterprise management software, which raised $36 million.

UPDATE: The fourth quarter is off to a strong start. On Wednesday, Papa, the Miami-based senior-tech startup that  provides “Grandkids on Demand,” announced the completion of a $10 million Series A round. Read about the Papa news here.

Nationally, total venture capital investment reached $96.7 billion through the first three quarters. That puts 2019 on pace to be the second-highest year for U.S. venture capital investment behind last year’s record totals, according  to the PitchBook-NVCA Venture Monitor,  jointly produced by PitchBook and the National Venture Capital Association. Late-stage deals continued their strong momentum from the past couple years.

Nationally, venture-backed exit activity stabilized in the third quarter of 2019 after a surge in the second quarter, according to the Venture Monitor. Yet the steady flow of exits has already pushed year-to-date exit value over $200 billion for the first time, surpassing the annual record. Exits over $100 million are making up 98.7% of value so far this year, PitchBook reported.

“Many of the trends we’ve seen in the private markets over the past few years persisted through the first three quarters of 2019 as ever-growing sources of capital continue facilitating larger VC rounds and driving investment totals higher across the VC environment,” said John Gabbert, founder and CEO of PitchBook. “Most notably this year, exit activity and the IPO market specifically has been squarely in the spotlight. With 67 completed VC-backed IPOs, exit value has already surpassed the annual record in only three quarters of the year.”

As part of its quarterly reports, PitchBook started tracking venture activity for female founded firms this year.  Nationally, funding into female-founded firms has been growing. PitchBook found that, through the third quarter,  only 2.7% of venture capital went to startups founded entirely by women, but that is up from 2.2% last year. 14% went to teams with at least one female co-founder, up from about 12% last year.