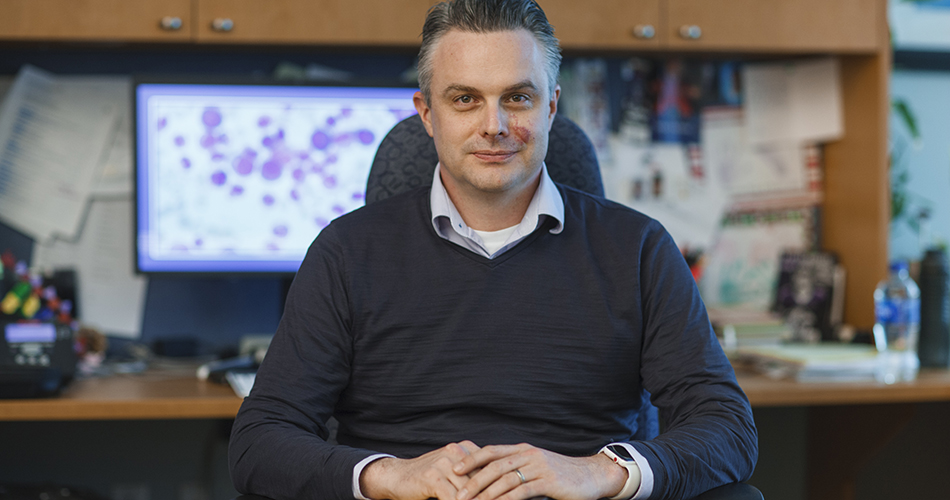 “We are pleased to present Matthew D. Disney, Ph.D. with this award for his contributions to the Florida life sciences industry and his ongoing passion and commitment to find cures for those facing rare diseases, such as ALS,” says Nancy K. Bryan, president and CEO of BioFlorida.

Disney is the scientific founder of Expansion Therapeutics, Inc., with business offices in San Diego, California and R&D offices in Jupiter, Florida. The company pursues oral medicines for diseases that involve specific types of damage to RNA, using technologies and methods Disney developed in his lab at the Florida campus of Scripps Research.

In January 2018, Expansion Therapeutics announced that it had raised $55.3 million in series A financing, and planned to pursue 30 RNA-based diseases including myotonic dystrophy type I, the most common form of muscular dystrophy in adults.

According to BioFlorida, “The Entrepreneur of the Year Award recognizes an entrepreneur who has made extraordinary contributions to the growth of life sciences in the leadership of a company or institution.” The organization also cited Disney’s work on “a mathematical model to predict which RNA could be bound with drug-like molecules, and now boldly intends to develop novel treatments for multiple diseases.”

Disney’s research has changed how scientists approach so-called “undruggable” diseases. Drugs currently on the market bind to proteins. However, of about 20,000 different protein types in the human body, many cannot be readily bound with drug molecules, leading some diseases to be described as undruggable.

By contrast, the human body contains around 200,000 types of RNAs, the molecules that that control genetic transcription, cellular regulation and protein construction itself. RNAs present vastly more potential targets for cures; however, conventional wisdom in the scientific community was that RNA presented a poor drug target, due to its tiny size, structural changeability and other challenges.

Disney, over a decade of research, proved it possible. He identified key RNA structures and found that their small size presented new possibilities to tackle difficult-to-treat, diseases including forms of muscular dystrophy.

“Our ultimate goal is to take compounds that can target RNA and engineer them to do things we want them to do, like cross the blood-brain barrier or more readily enter skeletal muscle,” Disney says.

Disney and his team at Scripps Research are continuing to develop compounds intended to treat other rare “orphan” diseases with no known cure and more common disorders that show poor prognoses, such as drug-resistant cancers.

“Our central focus here is to get medicines to patients that have no treatments as effectively and quickly as possible. Our team is completely committed to this goal. We strive for this every day,” Disney says.